Nothing prepared Fred Apollo for what he would experience during his twenty-five-year career as a talent agent at the famous William Morris Agency in Beverly Hills, California where he worked with legends in the latter half of their careers like, Katharine Hepburn, Judy Garland, Frank Sinatra, Dean Martin, Jerry Lewis and Mae West, as well as with artists from the start of their careers such as Elvis Presley, Michael Jackson, Sonny and Cher, Bobby Darin and Phyllis Diller.Not his years as an altar boy while growing up in the small town of Methuen, Massachusetts, nor his years in the military service coordinating camp shows for overseas troops, and certainly not during his years as a USC student.

THE FAME GAME: A HOLLYWOOD AGENT LOOKS BACK 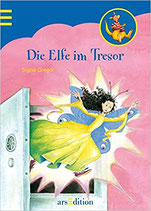